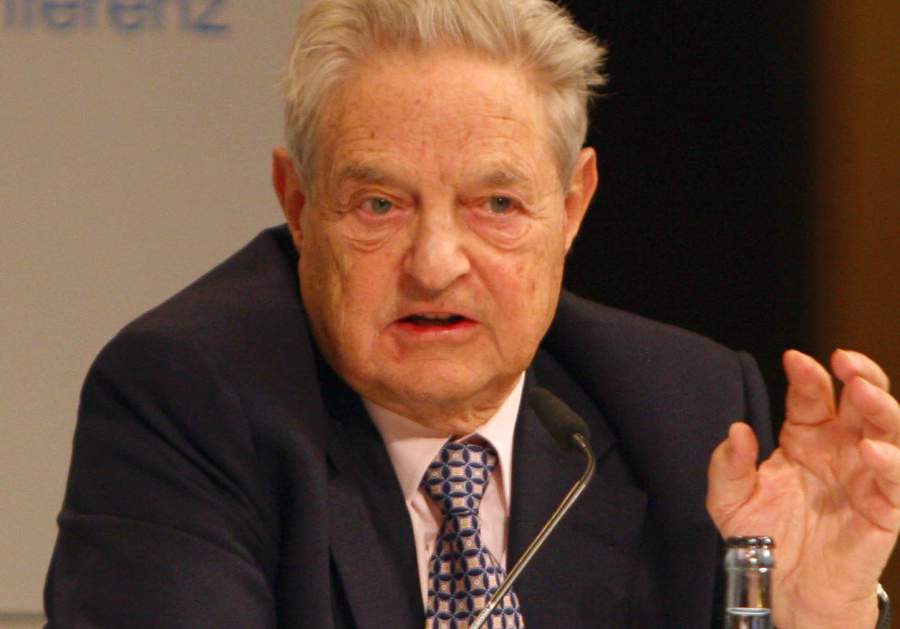 Writing about billionaire currency speculator and international leftist moneyman George Soros is always risky. Just coolly describing who the man is and what he does can make a writer sound like a crackpot conspiracy theorist. Soros is an obscenely successful capitalist who wants to destroy capitalism; a Jewish Holocaust survivor who funds Israel’s harshest, most unjust critics; an irreligious Hungarian citizen who wants to manipulate churches in America.Just a few of the organizations Soros underwrites, according to Discover the Networks, include:

Alliance for Justice: Best known for its activism vis a vis the appointment of federal judges, this group consistently depicts Republican judicial nominees as “extremists.”

American Immigration Law Foundation: This group supports amnesty for illegal aliens, on whose behalf it litigates against the U.S. government.

Catholics in Alliance for the Common Good: This political nonprofit group is dedicated to generating support from the Catholic community for leftwing candidates, causes and legislation.

Malcolm X Grassroots Movement: This group views the U.S. as a nation replete with racism and discrimination against blacks. It seeks to establish an independent black nation in the southeastern United States, and demands reparations for slavery.

New documents from Wikileaks reveal that Soros has tried to suborn the political sympathies of Catholics in America. To do so, he hoped to tap into Pope Francis’ perceived political and economic views, via a leftist Central American cardinal who has made harshly anti-American and anti-Semitic statements, and aligned himself with allies of Fidel Castro.All that sounds more like an episode of NBC’s The Blacklist than a sober headline in black and white, so look at the facts for yourself. As the reliable pro-life news source LifeSiteNews has reported:

Leaked emails through WikiLeaks reveal that billionaire globalist George Soros — one of Hillary Clinton’s top donors — paid $650,000 to influence Pope Francis’ September 2015 visit to the USA with a view to “shift[ing] national paradigms and priorities in the run-up to the 2016 presidential campaign.” The funds were allocated in April 2015 and the report on their effectiveness suggests that successful achievements included, “Buy-in of individual bishops to more publicly voice support of economic and racial justice messages in order to begin to create a critical mass of bishops who are aligned with the Pope.”The monies were granted to two US entities that have been engaged in a long-term project, according to the report, of shifting “the priorities of the US Catholic church.” Grantees were PICO, a faith-based community organizing group, and Faith in Public Life (FPL), a progressive group working in media to promote left-leaning ‘social justice’ causes. Soros has funded left-wing causes the world over and was just found to have been funding an effort to eliminate pro-life laws around the globe.Board Minutes from the May 2015 meeting of Soros’ Open Society Foundation in New York reveal that in the planning stages of the papal visit initiative, the group planned to work through one of the Pope’s key advisors, Cardinal Oscar Rodriguez Maradiaga, naming him specifically in the report. In order to seize on the opportunity provided by the Pope’s visit to the US, says the report, “we will support PICO’s organizing activities to engage the Pope on economic and racial justice issues, including using the influence of Cardinal Rodriguez, the Pope’s senior advisor, and sending a delegation to visit the Vatican in the spring or summer to allow him to hear directly from low-income Catholics in America.”

LifeSiteNews links to a Spanish-language 2013 video in which “Cardinal Rodriguez endorsed PICO’s work … during a visit from PICO representatives to the cardinal’s diocese. ‘I want to endorse all the efforts they are doing to promote communities of faith,’ he said, ‘… Please, keep helping PICO.’”

In case you haven’t heard of Cardinal Rodriguez-Maradiaga, he is one of Pope Francis’ chosen “Gang of Eight” tasked with fundamental reform of the governance of the Catholic Church. In October 2013, while visiting the University of Dallas, the cardinal gave a major address purporting to explain Pope Francis’ economic views, as found in the document Evangelii Gaudium. As The Catholic Thing reported, attendees might have been shocked when Rodriguez-Maradiaga quoted “as an authority on the morality of international investment the Swiss radical Jean Ziegler – a longtime defender of Fidel Castro, who has called the United States an ‘imperialist dictatorship.’” The cardinal repeated and endorsed Ziegler’s charge:

The globalization of the exchange of services, capital and patents has led over the past ten years to establish a world dictatorship of finance capital. … The lords of financial capital wield over billions of human beings a power of life and death. Through their investment strategies, their stock market speculations, their alliances, they decide day to day who has the right to live on this planet and who is doomed to die.

The cardinal elaborated on Ziegler’s attack on the U.S., asserting:

The effects and consequences of the neoliberal dictatorships that rule democracies are not hard to uncover: they invade us with the industry of entertainment, they make us forget about human rights, they convince us that nothing can be done, that there is no possible alternative. To change the system, it would be necessary to destroy the power of the new feudal lords. Chimerical? Utopian?The Church decidedly bets on living the globalization of mercy and solidarity.

As one of us observed about this speech:

So democracies like ours are ‘neoliberal dictatorships,’ which the Church will help reform through the ‘globalization of mercy and solidarity,’ that is, by helping governments to seize wealth from some people, skim its own share off the top, and distribute that wealth to others. Those ‘others’ will doubtless be grateful, as Hugo Chavez’s supporters were in Venezuela; indeed, they will form powerful voting blocs dependent on state redistribution of wealth, as directed by humble clergymen.

Cardinal Rodriguez-Maradiaga is no stranger to conspiracy theories. In May 2002, as the clerical sex abuse scandal was erupting all around the world, the cardinal dismissed it as an invention of Jews in the media who resented the Catholic Church for defending the rights of Palestinians — earning a condemnation in the Jewish Journal by Alan Dershowitz, who called Rodriguez-Maradiaga an “overt anti-Semite.”

Not So Much a Conspiracy as a Tsunami

It is unclear what concrete effects George Soros’s expenditures had on the progress of Pope Francis’ visit to America. We have no reason to think that Pope Francis, or even Cardinal Rodriguez-Maradiaga, had any knowledge of the financier’s involvement. But you don’t have to think very hard to wonder why Soros would consider Rodriguez-Maradiaga the ideal entry point for an effort to skew American bishops toward the political left. The two men have a great many views in common.Even if neither Rodriguez-Maradiaga nor George Soros existed, the leftward slide among many Catholics would still be a problem. There is ample home-grown support among Americans for the “Seamless Garment” doctrine that Cardinal Joseph Bernardin invented, which leftists have used ever since as a poison pill to kill off the pro-life movement. Leave aside elderly bankers and aging Liberation Theologians; there are Joe Biden and Tim Kaine-style Catholics honeycombed through Catholic universities and bureaucracies who wish to submerge our concern for unborn life and religious freedom in a sea of Progressive platitudes. There are leading U.S. bishops eager to carry their banner, like Chicago’s Archbishop Blaise Cupich.American Catholics who hold to the Church’s traditional social teaching, which elevates innocent life and human freedom, face a long and determined battle against the utopian forces who will ally with the pro-choice left to further their “long march” through Catholic institutions.